The story(s) of the Wieseneck

To read the article
please click into the title!

Articles from the Stralsund Stapling

Can be ordered from:
Digital print Kruse,
price: 9,50 €
www.mv-druck.de

In 1907 Emil Hirsekorn, a businessman from Berlin, entered the island of Hiddensee for the first time. During this time the plan to set up his own business on this beautiful island matured. In 1913 the country house "Wieseneck" was built by Lina and Emil Hirsekorn in Kloster on the island of Hiddensee and was extended in 1921 by the "Klosterkaffee". The Hirsekorn family had already begun construction of the mountain forest hotel "Zum Klausner" on Hiddensee in autumn 1910, which was opened on 31 May 1911. The "Wieseneck" was open from spring to autumn, guests came from all over the world, from Bavaria, Austria, from the Rhine, from Berlin. During the Second World War, when the destruction of Berlin and Hamburg began, many summer house owners stayed on Hiddensee. In 1927 the modern age arrived, there was electricity and the first radios. 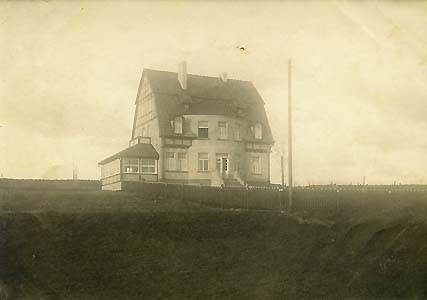 In the years of the Second World War, the supply situation on Hiddensee deteriorated increasingly, and in 1944 the restaurant was completely closed. By the end of the war, the "Wieseneck" was full of refugees, and in 1945 Russian officers were quartered there. On Hiddensee, many Russian and Polish workers worked in the estate's agriculture after the war, and in autumn 1945 many refugees left the island due to a great shortage of food.

In June 1946 the situation had improved somewhat, the "Wieseneck" was reopened. During this time a lot of improvisation was necessary, there were often power cuts and very little food. In the post-war period there was a lot of élan, the Nazi regime was over, there was a spirit of optimism. 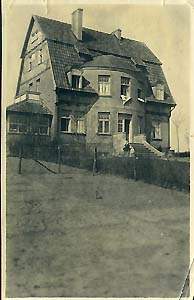 After the turmoil of the war, guests slowly began to arrive again. Many famous artists such as Wolfgang Langhoff, Jürgen Fehling, Joana Maria Gorvin and Otto Gebühr visited the island of Hiddensee and let themselves be pampered in the Wieseneck. But even before the beginning of the war many famous artists such as the sculptor and graphic artist Ernst Barlach, the actor Friedrich Kühne, the opera singer Lotte Lehmann, the poet Theodor Däubler, the critic Herbert Jehring, the director Sladan Dudow or the publisher Gustav Kiepenheuer visited the island and the "Wieseneck". 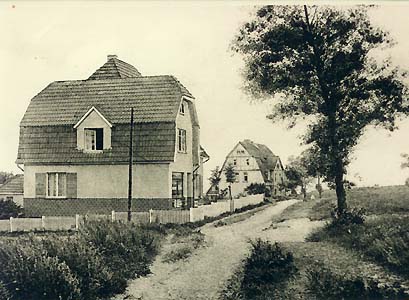 In 1953 the times changed, within the framework of the "Aktion Rose" all hotels and restaurants were inspected by a state economic commission and consequently expropriated. By night and fog, many owners left the country for West Germany. Many of the expropriated restaurants and hotels became FDGB establishments (Freier Deutscher Gewerkschaftsbund - Free German Trade Union Federation), they served as holiday properties for the trade union-owned holiday service of the former GDR.

The Wieseneck was not expropriated like some other facilities, but had to become a contractual object of the FDGB. From this time on, no more private holiday guests were allowed to stay in the guesthouse, the supply of the restaurants and hotels on Hiddensee was based on allocation. In the eighties the supply became worse, the difficulties increased. In 1983 the Rostock fertilizer plant was assigned to the "Wieseneck" as a partner.

Gerhard Meding died in 1989. Erika Meding was forced to sell the meadow corner with land to the fertilizer plant. After the reunification she got the house back in the context of the retransfer.

Since 1996 the Pension Wieseneck including the restaurant has been run by Berlin gastronomes. In the same year the extensive renovation of the entire house took place. 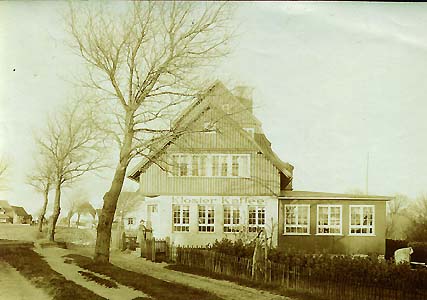