Forty-five years after his first visits to the Söte Länneken author Matt. Müncheberg, born in 1966 in Berlin-Friedrichshain, once again boards the steamer that will take him from Stralsund via Neuendorf and Vitte back to Kloster. He is curious and full of childlike anticipation: what or whom will he recognize, will the familiar, the familiar predominate, or the new, the strange? So he embarks on a journey that, after four and a half decades of a sometimes crazy but basically happy life, leads him back to the island of Hiddensee, with which he has always associated the colors gray, green, blue and orange, and which for him had always meant the presence of beautiful, quiet, clever people. Actually, and he realizes this from the moment he first steps onto the ferry and then finally back onto island land, he had embarked, unconsciously at first, then fully intentionally, on an exciting, intense and very personal journey to himself, his past, his friends and his family, which was to take him back to the year 1634. What spot on earth could be better suited for this?

After studying education in Leipzig, which he did not complete during the GDR era, Müncheberg studied law, journalism and communications management after the so-called Wende and has worked for many years as a journalist, author and PR consultant. Up to now, his works have been published in the Todome-Edition of the Mari-Team-Verlag Berlin: Roter Regen - Versuch, der Unfähigkeit eine Form zu geben, and Gauguin's Dog - Cruise to Hiva Oa, available in bookstores or directly from the publisher: todome@web.de. 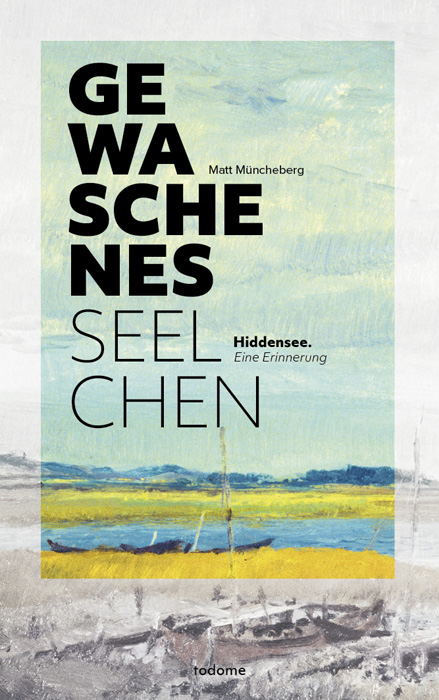